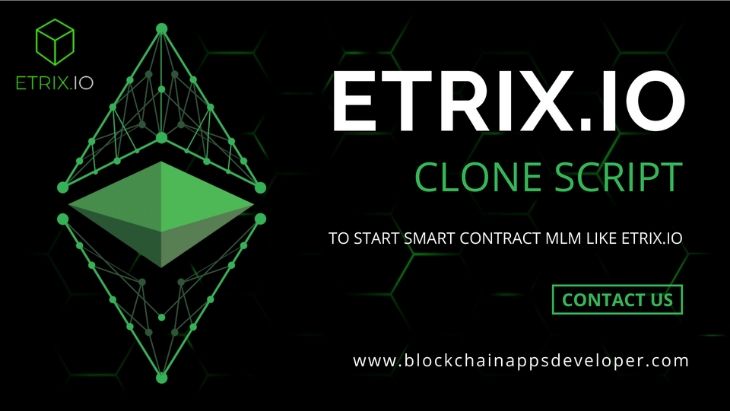 Etrix Clone Script is an Ethereum Smart Contract based MLM website script runs on Ethereum Blockchain and it is a completely decentralized smart contract MLM ecosystem like Etrix.io.

Etrix MLM Clone Script is highly customizable that is integrated with the similar matrix schemes as followed like in Etrix (i.e) Etrix Clone website in default comes with Forced Matrix, Team Matrix, and Hybrid Matrix schemes.

We, BlockchainAppsDeveloper offer an advanced Etrix Clone Script to Start MLM like Etrix.io in a week! 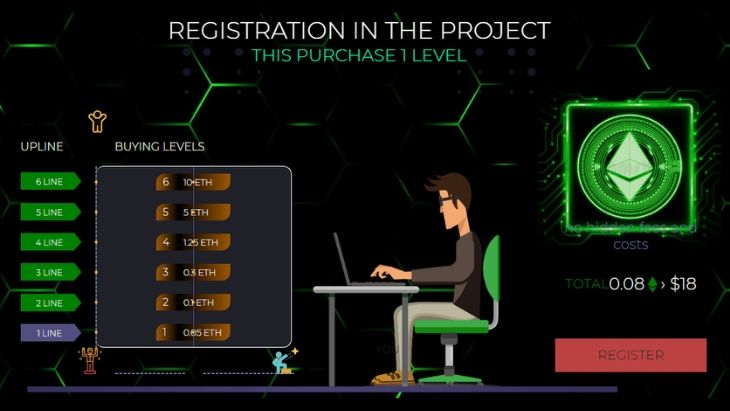 This MLM platform operates based on matrix schemes predefined on Ethereum Blockchain.

There is no involvement of the administrator as the MLM platform is decentralized.

The owner of the MLM uploaded the contract codes to the Ethereum Blockchain platform. These smart contract codes cannot be accessed or modified by any of the participants.

Here the Smart Contracts are coded in such a way that there are no accumulations of assets, always the balance of the contract remains zero. The funds are automatically transmitted as commission to the respective upline members in the matrix scheme and the owner of the Etrix MLM.

Only Ethereum Cryptocurrency is used as the platform is based on Blockchain Ethereum. 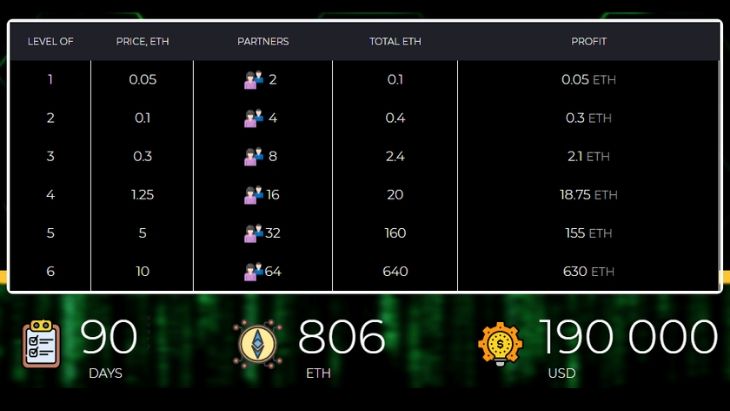 Meta Mask is suitable for participants who are using computers/Laptops.

Trust Wallets are preferred for those who are using Smartphones for MLM business.

Forced Matrix scheme is based on the binary tree structure. First, you need to register with the plan with 0.08 ETH, and then you have to add two participants to qualify for commission. The new participants referred/added by you will be placed in the next available spot and not necessarily under you in the tree.

To get eligible for the first level commission, you need to refer at least 2 people before someone joins you in the tree.

Team Matrix is slightly different from the forced matrix, in team matrix you need to register two referrals to activate the team matrix scheme.

By activating the team matrix, you are eligible for the first level commission.

The people (referrals) coming in will be placed in your team only.

Hybrid Matrix is similar to the team matrix but the only difference is in the commission structure. This matrix system follows the commission’s structure in the hybrid fashion.

Initially, You need to register for the scheme with 0.08 ETH to get into the first level of the system. This 0.08 ETH sent to your Upline member of the scheme.

The first person joining below you in the matrix will bring the asset back to you and this signup process is the first transaction in the matrix system.

In this level, you need to add at least 2 direct referrals to eligible to receive a commission.

By signing up for the system, you will get activated level 1 (forced matrix) and by adding two direct referrals, You can activate the team matrix, and then you will be receiving commissions.

You get activated at a particular level for 90 days. If you want to extend the period of any level, you need to extend the level. 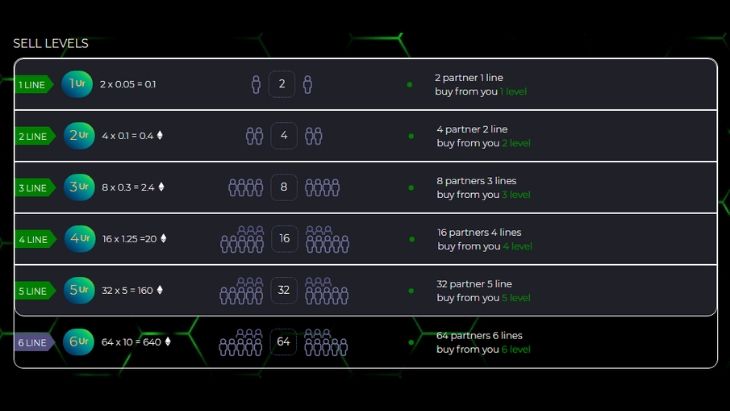 To earn a huge profit, you need to upgrade to the subsequent levels. You have to make sure that upgrading to the next level before your downline gets upgraded to that particular level or else you will miss out on the commission.

You can invite the referrals directly into the Smart Contract and You don't need any referrals links from the website.

The Etrix System exists as long as the Ethereum Blockchain exists, even if the site gets shut down its services, the Smart Contract continues to work.

How to Start a Smart Contract MLM like Etrix.io?

To Start a Smart Contract MLM like Etrix, one should need expert consultations and necessary development support.

The most cost-effective way to start a Smart Contract based MLM like Etrix is Etrix MLM Clone Script.

Etrix MLM Clone Script is a Smart Contract based MLM script built on Ethereum Blockchain works like Etrix Smart Contract and looks similar to the Etrix MLM platform which is customizable based on user requirements.

You can either purchase MLM Clone Scripts or build Smart Contract based MLM platforms from scratch.

1. What is Etrix?
Etrix - Etrix is famously called for its first Smart Contract with binary open MLM structure with two matrices. It runs on Ethereum Blockchain with the secured Smart Contract-based MLM website script like the Etrix Clone Script.

2. How To Start Smart Contract MLM Like Etrix?
If you want a start a Smart Contract MLM like Etrix, you need an expert advise & proper MLM development support. Next, you can buy an Etrix clone script, and we also provide customizations based on your Cryptocurrency MLM ideas. At Blockchainappsdeveloper, you can purchase an Etrix clone script & Etrix Clone Software with upgraded features in it.

3. Where can I get an Etrix Clone Software?
At Blockchainappsdeveloper, you can get a ready-made white label Etrix Clone Script with existing and most advanced features. Get a free demo before purchasing it.

5. Who Manages the Smart Contract MLM Platform like Etrix?
Self-executing trades are carried out in the Etrix platform, which means no one can interfere in the transaction.

6. Why should I choose a white label solution to launch a smart contract-based MLM platform like Etrix?
In White label, Etrix MLM Clone Script customizations can be done as per the client needs of their business model & since it is a ready-made Etrix Clone Business solutions, it can be quickly launched into the world.

Fill out the below form to Get a Live Demo of Etrix MLM Clone Script.

Instantly Connect With Us -  WhatsApp | Skype | Telegram | Mail | Call Us

Disclaimer: We use the term "Etrix.io" for readers to quick understanding purposes only. Our services are not meant to influence any entity