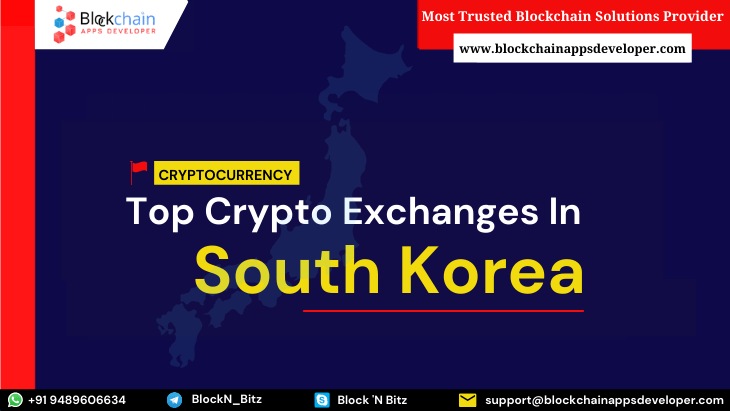 South Korea is one of the leading countries in terms of cryptocurrencies. In 2017, it topped the global crypto charts, responsible for more trading per capita than any other country in the world.

UpBit is one of the leading Korean cryptocurrency exchanges today. They faced fierce competition from Bithumb on top. However, UpBit continues to fare better in recent days. UPbit ranks the crypto exchange table in the whole of Korea. More than 1.2 million users have registered with Upbit and the platform has been regularly witnessing a massive trading volume of over $300 million despite the strict regulations from the Korean government. Upbit is run by a subsidiary of the famous Korean tech giant Kakao. Upbit is believed to invest over $30 million more into the Blockchain projects related to Fintech.

Bithumb, founded in 2014, is the leading cryptocurrency exchange in South Korea. It boasts of more than 8 million registered users and 1 million-plus Bithumb application users. Its cumulative transaction volume has reached one trillion. Bithumb does not provide anonymity due to the strict regulations. Hence, it’s a safe trading environment.

“We are not going to be just satisfied with becoming a global currency exchange, but we are going to grow into a global digital financial company by continuing to challenge ourselves,” said a Bithumb representative.

Korbit was the first-ever Korean cryptocurrency exchange. They are also the 4th largest cryptocurrency exchange in Korea. Of late, Korbit garnered good attention when EA and Disney bid against each other to acquire Korbit. Tencent, the brain behind PUBG (a famous China-based IT company), is also eager to sign the deal with Korbit. If Tencent acquires after bidding, the list of blockchain-related acquisitions would be massive because they’ve already got Bitstamp under their bag. In terms of security, Korbit has been maintaining the standards because they are the first exchange to get an optimal grade during its due diligence for information security and AML (anti-money laundering) by the MSIT (Ministry of Science and ICT).

Coinmama is one of the world’s famous and largest cryptocurrency exchanges that allows buying and selling bitcoin and other cryptocurrencies using credit cards or bank transfers. Ever since its inception in 2013, it has served the needs of more than 2 million customers across 188 countries. The organization has 40 full-time employees. Headquartered in Slovakia, the crypto exchange collects a trading fee of 5.9% and 5% for trades facilitated via credit card. The interface is extremely simple and it should be apt for beginners.

OKCoin is one of the leading China-based exchanges.  Headquartered in Beijing, OkCoin began its operation in 2013 and accounts for most of the Bitcoin transactions of the world. Though OkCoin caters to the needs of users from China, it also accepts trades from traders all over the world. The trading fee ranges between 0.1% to 0.01% for takers and 0.2% to 0.03% for makers. OKCoin has upgraded its security measures by integrating its platform with bank-level SSL security encryption. Also, cold storage, GSLB, and distributed servers, and real-time account monitoring of deposits and withdrawals are some of the key features.

Kraken joins the elite club of Coinbase and Binance with the support of its millions of active users. It has become one of the three top cryptocurrency exchanges. Kraken also facilitates fiat-to-crypto currency trading in its platform. In 2019, Kraken made the news with its announcement that it had raised $100 million in an offering to its huge customers at a massive $4 billion valuation. The trading fee ranges between 0% to 0.36% for takers and 0% to 0.08% for makers.

Localbitcoins is a globally acclaimed decentralized exchange facilitating peer-to-peer transactions which allows the platform users to post advertisements on buying (or) selling orders. This helps the traders to communicate with co-members and finalize the deal before executing the trade. Traders can trade online (or) even meet in-person. Multiple payment options are available in LocalBitcoins which makes the platform easily accessible by the global trading community. Some of its security protocols are two-factor authentication (2FA), Login Guard, support staff, and a feedback-driven reputation system.

eToro is one of the world’s leading and famous cryptocurrency exchanges. Users of eToro can trade top cryptocurrencies like Bitcoin, Ethereum, Litecoin, Zcash, and a lot more coins. It is known for its instant deposit and withdrawal options which can be made via bank transfer, PayPal, and a lot more. It offers unique features like copy trading and is also one of the famous trusted exchanges.  Also, the interface is easy and clean to use.

We design and develop the finest Cryptocurrency Exchange Clone Scripts to build your own exchange paltform. Let us see the on-demand cryptocurrency exchange clone scripts in the market,