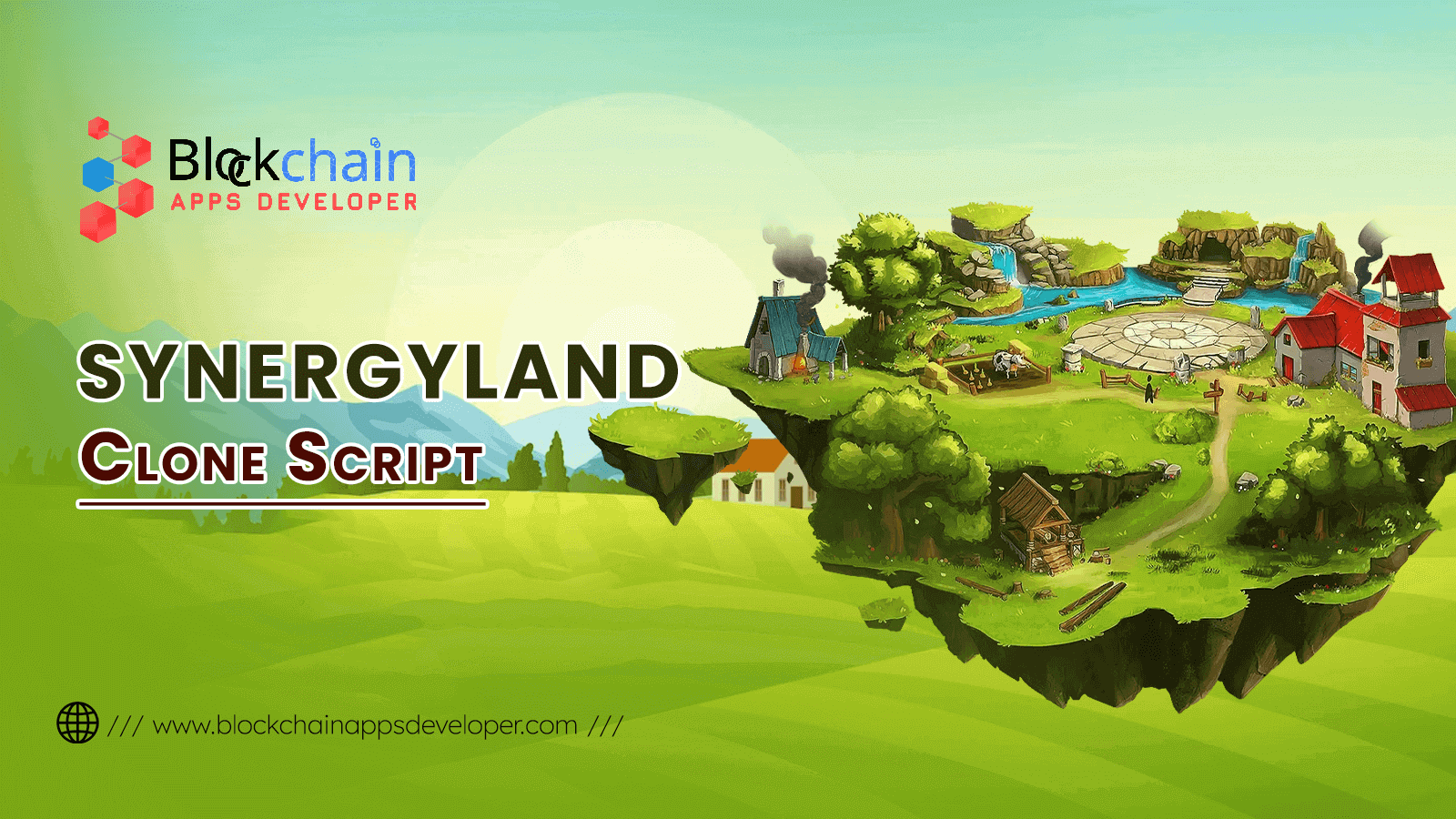 Another standalone Blockchain game in the revolutionized world of spectacular technology!

Synergy Land is a blockchain-based Action Role Playing Game (ARPG). Synergy Land remains a prime stature of online gaming with a unique integration of NFTs, blockchain gaming, and a play-to-earn model. We create the definitive edition of Synergy Land Clone Script. Handle yourself with the blockchain-powered ARPG that represents ownership and uniqueness. We design and develop an open world for platform owners and users to acquire a market full of opportunities.

Witness the virtual verge of Synergy Land, where users can explore the ARPG genre fantasy world. The hand-crafted game narratives consist of an open world divided into four ecosystems based on the four worldly elements: earth, water, fire, and ice. Players have to personify them as heroes with a multiplayer mode of up to four players. Experience epic adventures against powerful creatures and explore dungeons. This game has Great Boss battles and a team-based spell system creating valuable or harmful synergies.

Within an immersive 3D landscape, players will face treacherous and destructive enemies to obtain powerful and unique NFTs. There is much other engaging participation like PvP events, dungeon puzzles, collecting and breeding pets, building crafting stations with NFTs, and buying private lands.

Get High In The Revolutionary Game Model Leaderboard

Now you know the basic game narrative of Synergy Land, let's see its exquisite features. The evolving programmability of the hero characters allows the users to grow as skillful players by mastering the crafts. Users can participate in arena battles and win rewards by ranking higher on the leaderboard. A Multiplayer session is available to team up with friends to defeat enemies and collect prizes from dungeons.

Breeding Pets is an impressive added feature of Synergy Land. Users can breed their pets to contest in turn-based RPG-style battles. Synergies present each pet with a unique set of abilities. Players have to discover and master their abilities to create powerful synergies.

Synergy Land: The Profitable Land For Owners And Players

As a league master of the NFT P2E game, Synergy Land benefits the platform owners and players with specialized tasks and orders. The station or platform owners can earn by the means of station level and rarity, marketplace requests, and land taxes. With the player-driven economy, users can earn through many levels of tasks. Every component of the Synergy Land ecosystems like player islands and housing systems has godsends. You can experience real-life simulations in the Synergy Land Clone Script.

Get Your Game Face On!