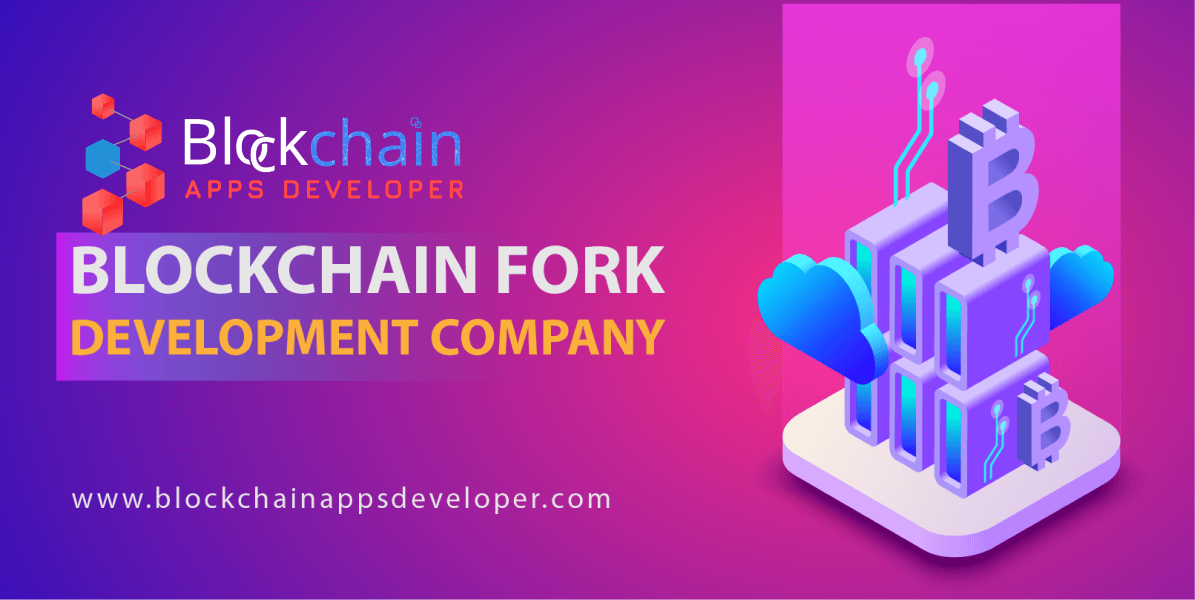 BlockchainAppsDevelopers is a prominent Blockchain fork development company develops a customizable blockchain fork on several blockchain networks such as Ethereum, Tron, and BSC that allows investors for launching their businesses more quickly.

The fork is a script or software update which held to lead the latest technologies in blockchain and also when forking process in blockchain then its called blockchain fork. Like fork can also be done in cryptos like bitcoin or other coin fork, etc. We provide the best crypto and blockchain forking services with the aid of industry oriented skilled experts.

Every blockchain business entrepreneur has pondered how to choose a blockchain platform that will be ideal for carrying out their project. But how can one determine whether such a wide variety is offered by modern blockchain development?

The blockchain forks are necessary for different business sectors' growth. But the process needs tech adoption depending on the position. Thats why today we want to explore the ways of cryptocurrency development that allow creating new crypto by forking a blockchain you have. As a crypto company with vast experience, we will analyze a few successful solutions for you to help fully understand how to start your own crypto.

An overview of Blockchain fork development

Blockchain Fork Development is clone or the replication of a blockchain that differs from the original. Therefore it is possible to create a new token or blockchain by forking from the original. Creating a blockchain fork is a developer initiated process that begins with gathering owner demands to satisfy their needs for the functionality provided by current blockchain implementation or by developing a new blockchain. This method of crowdsourcing funding for technological ventures is becoming more popular.

Here are the benefits you will get when you go for blockchain fork development.

Blockchain's source code is often updated. People from all over the world create public blockchains because the majority of them are open source. New versions with the improvements and issues fixed are released when it is appropriate.

Blockchain is an updated trending technology when compared to conventional money and research is being done to understand it fully. As a result, updates and version bumps are created to address any security issues that arise.

If any transactions are identified to have been intentionally hacked, the community has the right to reject all transaction forward from a specific time.
The above are the advantages while developing blockchain fork and there are several blockchains used for development in the below mentioned section.

Several blockchains can be used for the fork development such as ,

Blockchain on Ethereum is the best technology to fork when starting your own currency. Smart contracts for solidity are typically supported. The most common way to fork the ethereum blockchain is to use Geth or parity nodes. Then you can change it as you need, adding more features like wallet cryptography and put the necessary consensus mechanism in order to create your own coin.

BSC fork development is favored by users due to its programmability and compatibility with binance chain. As a result of its embracement of the BSC chain's cutting edge technology and existing popular community. It is advantageous that it still functions with all of the Ethereum smart contracts and technology.Security stability, and chain finality are guaranteed by BSC fork development's logic.

Types of fork for blockchain development

BlockchainAppsDevelopers commonly make use of ethereum and bitcoin based blockchain technologies to create original cryptocurrencies.

Despite being a direct fork of bitcoin, Dash has improved upon the original technology in many ways. A wider range of operational tasks are made possible including the creation of DAOS for protocol maintenance. One should deposit a sizable amount of local currencies to process a node. These protect the network from potential malicious attacks.

The Quorum geth node fork that uses Ethereum as its backbone is called Consensus. The development of Quorum is primarily focused on helping businesses implement blockchain technology successfully. The Quaorum blockchain is not built on the PoW model. It provides many consensus models that are more appropriate for chains of permissioned consortiums.

PIVX, a more current blockchain that is fork of dash, adds a number of additional improvements garnered from alternative solutions. It has incorporated the design of Dash master node models and Bitcoin wallets. In contrast to traditional Bitcoin splits, PIVX uses a proof-of-stake consensus strategy to increase transaction throughput and blockchain functionality.

Avalanche is one of the most popular Ethereum forks, enables the hosting of more than one blockchain. The main goal is to solve the scalability problem. A new Proof of stake consensus algorithm was used in place of Ethereum's outdated random Proof-of-work process to fix the issue.

Smart contracts can be created using the Ethereum EVM which is supported by the Qtum version of bitcoin. The DGP management integration of the Qtum system enables smart contracts to be used to modify new blockchain settings , reducing the frequency of hard forks. Any user can stake and manage a node based on the PoS consensus model.

Why BlockchainAppsDevelopers for Blockchain fork development?